What does current science tell us about nutrition and bone development – and how might dairy protein help teenagers, and teenage girls, in particular, to build bones that will last a lifetime? 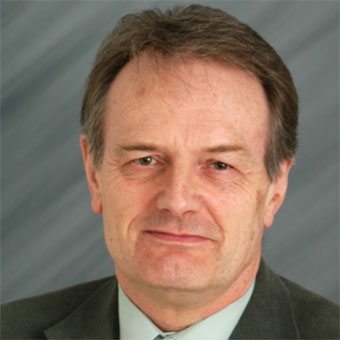 Professor of Food Chain Nutrition and is the Director of the Institute of Food, Nutrition and Health. He is a member of a number of related external bodies, for example, forming part of the Scientific Advisory Committee of the British Nutrition Foundation. His recently published paper, “Review: Dairy foods, red meat and processed meat in the diet: implications for health at key life stages,” is based on invited contributions to the First Global Farm Platform conference (www.globalfarmplatform.org) in 2016, and the annual meeting of the European Federation of Animal Science (www.eap.org), also in 2016.

In 2017, I was asked to write a scientific literature review on the basis of presentations I had given at two separate conferences. These presentations highlighted some of the nutritional issues faced by the populations of Western countries throughout key life stages, and focused on some prominent findings related to pre-teens and teenagers.

Too little, too late
Both males and females show a marked reduction in milk consumption during their teenage years (possibly due to misconceptions about weight gain or the effect on skin complexion, or perceived rather than real food intolerances). The reduced consumption is particularly notable in teenage females. The consequences of this deficiency may not, in fact, present themselves for another 40 years. And, by then, it may be too late, with the American Academy of Orthopaedic Surgeons stating that bone mass usually peaks at around age 30 with sub-optimal peak bone mass increasing the risk of bone fractures in later life.

Milk and milk-derived products provide essential micronutrients (such as calcium, magnesium, iodine and some vitamin D) and proteins (whey, casein and specific bioactive peptides). With sub-optimal dairy intake occurring through the early bone development years, teenagers may be missing out on these critical nutrients.

It’s important to draw attention to this issue, especially when it is estimated that over 200 million people worldwide suffer from osteoporosis*. We now have strong scientific backing informing the knowledge and tools necessary to turn this preventable condition around. And this is what motivates much of my own research efforts and those of like-minded researchers around the world.

Pay attention girls
It has become apparent that pre-teen and teenage girls consume too few nutrients that are key to bone development, resulting in bones that may become porous and brittle with advancing age.

While the bones of both men and women deteriorate with age, the hormonal changes brought about by female menopause increase the likelihood of developing osteoporosis and other debilitating bone diseases. In fact, worldwide, one in three women over age 50 will experience osteoporotic fractures**.

Dairy to the rescue
So, what does current science tell us about the best ways to remedy this unfortunate situation? The nutrients needed, though present in many different food types including red meat and green leafy vegetables, are easily obtainable from dairy foods.

My recently published paper: “Review: Dairy foods, red meat and processed meat in the diet: implications for health at key life stages” reviews literature that stretches as far back as 1963, highlighting the following key points in relation to dairy products:

Dairy, Mary
Naturally (and thankfully), we’re not the only voice warning of the dangers of neglecting teenage diets with regard to bone development. Independently of our own thoughts and research, we’ve also seen the concern raised by UK-based charity, National Osteoporosis Society (NOS). Through a recent survey, the Society gained valuable insight into food consumption trends amongst teenagers and young adults. For example, young adults (aged 25 and younger), influenced by social media, are buying into the ‘clean eating’ trend where over a fifth of those surveyed revealed they had severely restricted intake of milk and cheese.

In April 2017, NOS launched a campaign, creatively named, ‘A message to my younger self’. It encourages parents and grandparents to start the conversation with the next generation about lifestyle choices for optimal bone health. Parents certainly play an important role here, especially in the early years, while they can still influence lifestyle behaviours and choices.

The campaign addresses the importance of physical activity and nutrition, recommending teenagers and young adults include more dairy and other calcium-rich foods in their diet. Dairy comes highly recommended because it is rich in calcium and other key nutrients important for bone health and has long been a part of most Western diets.

Now or never?
The need to act is an urgent one. The US National Osteoporosis Foundation’s position statement on peak bone mass development emphasises that peak bone mineralisation rate is achieved around the time of puberty. This is a narrow window of opportunity to maximise bone mass. In children of European ancestry, for example, maximum bone mineral accretion happens around the ages of 12.5 years for girls and 14.1 years for boys. It’s also worth remembering that as we get older, the body becomes far less efficient at taking important nutrients on board – so those teenage years are absolutely critical.