Human milk is a complex and unique source of nutrition made specifically for the needs of the developing infant. Observational studies show that early nutrition influences both short and long term health, with formula fed infants having higher risk of being overweight, higher incidence of infections during the first year and lower cognitive scores. Understanding and identifying essential components from human milk is therefore vital to developing the best nutritional strategy for formula fed infants in order to close the functional gap between human milk and infant formulas.

One of the main compositional gaps is found in the fat used for infant formula production. Since the middle of the twentieth century, milk fat has progressively been replaced by vegetable oils, yet ideally both fat sources should be present. As a consequence, standard infant formulas now have either low concentrations of, or completely lack, the biologically important building blocks that are present in dairy fat such as Milk Fat Globule Membrane (MFGM).

Milk fat globules are surrounded by a double-layered phospholipid membrane comprising specific membrane proteins. These phospholipids and protein components are present in much lower concentrations in bovine milk than in human milk, where they perform several roles in infant nutrition and development.

At Arla Foods Ingredients we have developed Lacprodan® MFGM-10 for infant nutrition with  a unique protein and lipid profile including compounds such as lactoferrin, IgG, sialic acid, phospholipids and gangliosides.

Furthermore, the unique composition of Lacprodan® MFGM-10 is also behind antiviral and antibacterial mechanisms that combat gut-derived infections. A clinical study has shown that a complementary food enriched with Lacprodan® MFGM-10 significantly reduced prevalence of diarrhoea episodes in infants from 6 months of age, and this protection was non-specific with regard to the causative pathogens. Furthermore, Lacprodan® MFGM-10 reduced the episodes of bloody diarrhoea after adjustment for co-variants. Finally, supplementation of an infant formula with Lacprodan® MFGM-10 has also shown to reduce the risk of acute otitis media, decrease antipyretics use in formula-fed infants, and has immune-modulatory effects on humoral response against pneumococcus vaccine.

Premium Quality by Design: Lacprodan® Premium MFGM-10
Lacprodan® Premium MFGM-10 is specially designed for dry-blended infant formula. It is produced to the highest food safety standards and is free from Cronobacter sakazakii, a bacterium that can cause serious infections in infants. Use it to reduce production costs without compromising safety or quality. You can also improve the flexibility of your production by producing more recipes from one base powder.
Read more about our ingredients for dry-blending here.

Watch the video to better understand what is MFGM, and how it can support closing the functional and compositional gap between infant formula and breast milk.

Lacprodan® MFGM-10 winner of 2020 NutraIngredients Awards for “Ingredient of the Year'' within the Infant Nutrition category. 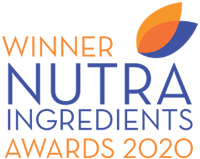 Mining Milk for Factors which Increase the adherence of Bifidobacterium longum subsp. Infantis to Intestinal Cells

Efficacy of an MFGM-enriched complementary food in diarrhea, anemia, and micronutrient status in infants

Mothers' knowledge of and attitudes towards MFGM With the aim to understand better mothers’ purchasing decisions in regards to infant/baby nutrition, Arla Foods...
What drives infant/baby formula purchases? A multi-country study of mothers’ buying criteria reveals product preferences, knowledge of and attitudes toward...
Preterm infants The occurrence of preterm birth is ranging from 5-18% depending on the region. A preterm infant is defined as an...
Optimised comfort infant formula Formula fed infants often experience gastrointestinal discomfort, such as colic and regurgitation, leading to poor...
Complementary feeding Complementary feeding with whey ingredients for healthy development When breast milk is no longer sufficient to meet...
Toddler nutrition Adapting, sustaining and enhancing healthy eating patterns increases the chance of healthy living in adulthood The...
Maternal nutrition Maternal nutrition Pregnancy is a time of joy and change for women, and it requires more focus on the daily diet. A...
Smart maternal nutrition with MFGM Optimise health outcomes The first 1,000 days of life, from conception to a child’s second birthday, is a unique wind...
Whey protein isolate Whey protein isolate contains 90% protein or more and all the essential amino acids required by the growing infant....
Whey protein concentrate Whey protein concentrate contains more than 76% protein and all the essential amino acids required by the growing...
Click to get in touch