Lifting the lid on whey proteins in sport and fitness

How much do we really know about how people perceive whey protein? How do they consume it? And to what degree are whey protein hydrolysates – a ‘pre-digested’ form whose consumption allows amino acids to be absorbed by the body more rapidly than intact proteins – recognised and understood? 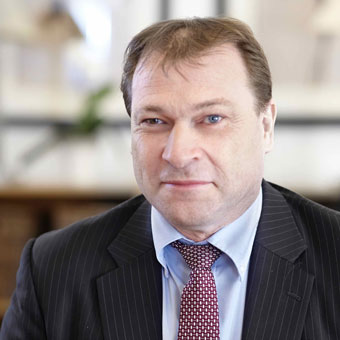 Michael Lindberg received an M. Sc. in international business from the University of Southern Denmark, moving on to work in various marketing roles, before establishing Lindberg International, a business-to-business market research agency. Since then, the company has carried out more than 1,300 projects in over 120 countries for an estimated 200 companies. He is also an author and public speaker specialized in the area of corporate change, leadership and innovation.

Protein gets personal
Say “whey protein” to anyone who spends at least some time in a gym and they most probably have some idea of what it is and what it’s used for. That’s because, over the past 30 years or more, sales of this particular type of performance supplement have experienced rapid growth. But how much do we really know about how people perceive whey protein? How do they consume it? And to what degree are whey protein hydrolysates – a ‘pre-digested’ form whose consumption allows amino acids to be absorbed by the body more rapidly than intact proteins – recognised and understood?

In 2017, we conducted a major study looking into the whey protein awareness, perceptions and consumption habits of active sports enthusiasts – ranging from serious amateur athletes to people who are simply interested in keeping a reasonable level of fitness.

First, it’s worth noting the sheer size of this survey – 2,649 participants spread across the USA, Brazil, Germany, Japan and Great Britain. To qualify for our sample group, respondents needed to spend at least three hours a week on sports activities, and consume some form of nutritional supplement. The average age of participants was 33. Naturally, a sample of this size with direct relevance to the topic being investigated provides a more than usually trustworthy set of data from which we can draw accurate, useful conclusions.

Whey protein leads the pack
To start with, consumption patterns revealed that protein supplements are consumed, on average, 11 times per month – and that the preferred forms of supplement, at least for now, are powder and protein bars rather than ready-to-drink, protein-enriched beverages.

Additionally, most of those who frequently consumed whey protein supplements did so primarily to build muscles and to restore energy levels after workouts – confirming our expectations.

Increasingly popular
In summary, the study clearly shows a relatively high awareness and understanding of the benefits of whey protein hydrolysates. And, as more evidence of hydrolysate’s superiority for muscle building/recovery appears to be surfacing in research labs around the world, hydrolysates are likely to be an increasingly popular supplement for those for whom active sport and fitness is an important part of life.

Note: The study was commissioned by Arla Foods Ingredients. Food, Nutrition and Health trends to watch for in 2023

At New Nutrition Business we continuously evaluate a mass of qualitative and quantitative data that helps us develop a picture ... New Nutrition Business has just launched its latest assessment of the key trends in Food, Nutrition and Health. It discloses so... As of January 15th, 2021, the World Health Organization had reported over 90 million confirmed cases of COVID-19, including ove... Sports nutrition in a lockdown: Staying in shape with protein