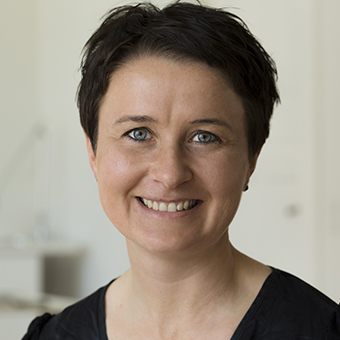 Mette Hansen performs research in Nutritional Biochemistry, Nutrition and Dietetics and Sports Medicine, with particular focus on optimizing recovery and adaptation to training through nutritional interventions, as well as the effect of endogenous and exogenous female hormones on skeletal muscle. Mette holds a Bachelor in Exercise and Health, a Master in Human Nutrition, and a PhD from the University of Copenhagen along with a post-doctorate from the Institute of Sports Medicine, Copenhagen.

For decades, research has been conducted on protein supplements and their effect on various sports fields and individuals involved in medium to high-intensity load activity. More recently, there has been increasing discussion in the scientific community surrounding the role whey may be able to play in endurance sports – a particular area of activity/dietary supplement combination that has been left largely unexplored.

Performance effects
While there’s not much out there, a number of studies focusing on time to exhaustion (performing an activity at the same speed for as long as possible) have indicated positive performance effects in individuals following ingestion of a carbohydrate and protein beverage – if protein is added on top of suboptimal carbohydrate ingestion.

Nevertheless, in the context of endurance athletes, what’s more important? To complete a 10 km race as fast as possible or to maintain the same speed for the entire race? Most athletes would say the former, of course. In one of my own studies, my team followed the Danish national orienteering team at a one-week training camp where endurance training was performed twice daily. We were looking to test whether whey protein hydrolysate (WPH) supplementation would improve recovery during a strenuous training period.

The athletes were randomised into two groups:

b: A Carbohydrate group, which received an isocaloric amount of carbohydrates before and after each training session.

The athletes’ diet intake was 100% under our control during the training camp. Besides the intervention beverages, a similar, energy-balanced diet was given to both groups. The carbohydrate and protein intake in this standard diet corresponded to recommendations for endurance athletes (1.8 g protein/kg/day), resulting in a total intake of protein for the Protein group of 3.0 g/kg/day.

Concentric vs. eccentric
The observed positive effect of WPH supplementation in orienteers may be related to the fact that such athletes typically expose themselves to very high training loads twice daily. Furthermore, running downhill and jumping over streams and fences presents higher-impact loads and more eccentric muscle contractions than does, for example, long-distance cycling.

In another study, our team of scientists followed a national team of young cyclists who were training four to six hours daily during one week.

Besides the intervention beverages ingested during cycling, all athletes were given an energy-balanced controlled diet approximating the normal recommendation for elite endurance athletes (1.7 g protein/kg/day). Cycling performance (five minutes of all-out cycling and 10 seconds at peak power) was tested after the first day of five-hour cycling, and again after one week of training (25-28 hours of cycling). A decrease in cycling performance was noted in both groups without an observable difference between them.

Why might the results of this study differ from the orienteering study? Cyclists may not experience as much muscle damage compared with endurance runners, for example, since cycling primarily involves concentric muscle movements. Therefore, to see any positive effects of whey protein on muscle damage, we need to look to studies that specifically relate to sports such as endurance running – or orienteering where repeated, eccentric muscle movements take their toll on the body. Another explanation may be that all the cyclists (including the control group) ingested a recovery beverage after daily training, whereas the control group of orienteers did not receive any protein two hours before, during or within two hours of each training session. Furthermore, the orienteers ingested nothing while running, whereas the cyclists received a recommended amount of carbohdyrates. Therefore, the results may indicate that the ingestion of protein during exercise is less important if the athlete is already ingesting carbohydrate during the exercise session, and makes sure to eat a meal containing proteins or a protein supplement after the session.

Whey-ing the impact
Supporting and accelerating muscle recovery is key to improving (or at least maintaining) athletic performance. Whey protein supplementation seems to be able to reduce muscle damage and, in conjunction with this, facilitate muscle recovery from strenuous training – thereby assisting performance.

The reason seems clear: When only carbohydrates are ingested in the recovery phase, muscle synthesis is not sufficiently stimulated, curbing the body’s ability to rebuild damaged muscles and adapt to endurance training by building proteins important for endurance capacity (such as mitochondria proteins).

That said, endurance training appears to present subtle, yet important differences that make the benefits and best use of whey protein supplements a more complex question – and one which warrants further inquiry. We are still in the early days of research in this field, but we’re definitely making progress, and there’s a steadily growing base of data to inform and inspire new explorations.