Ingesting protein and carbohydrates in the first two hours after exhaustive exercise appears to improve the recovery of performance the following day compared with ingesting carbohydrates alone. 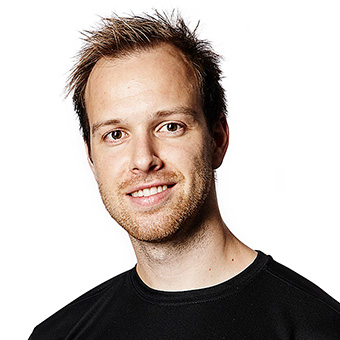 Ove Sollie currently works at the Department of Physical Performance, Norwegian School of Sport Sciences (NIH), performing research in physiology and biomechanics. He has a Masters in Physiology and Coaching from NSSE, and is a former cross-country skiing and cycling coach.

High-level athletes are always seeking to improve their performance, and in competitive sports events, shaving minutes or even seconds matters. In my research at the Norwegian School of Sport Sciences, I seek to help athletes achieve that by optimising their nutrition in the recovery period between sessions.

One highly practical technique I’ve been working on is the use of whey protein isolate. I recently published a study showing that supplementing elite cyclists with whey protein and carbohydrate after cycling to exhaustion resulted in significantly better cycling performance the next day – compared with athletes subject to the same cycling regime, but ingesting just carbohydrate. Before I discuss why this might be, I’ll explain how we achieved our results.

In the following two hours, the athletes were supplemented with either carbohydrate alone or a combination of carbohydrate and protein. The latter included 0.4 grams of protein per kilogram of body weight. An 80-kilogram athlete, therefore, consumed around 70 grams of whey protein isolate over the two-hour period. Both nutrition interventions contained the same amount of calories.

After the two-hour period was up, the athletes ate and drank similarly during the rest of the recovery period.

The next day, the cyclists were again put through their paces – and it was their performance this time around that we were most interested in. Would it be altered by what they’d ingested the day before? We measured how fast they could complete a time trial that took roughly 45 minutes and also measured their power output during 10-second sprints.

We repeated this entire process twice so that all the athletes tried both types of post-exercise nutrition interventions.

Careful avoidance of bias
It’s important to note that the athletes didn’t know which intervention they were receiving in those critical two hours post exercise. We made sure of that because mindset contributes greatly to performance and could therefore bias our results; not even the staff interacting with the athletes knew who was receiving what. Half the cyclists received the protein during their first test and half during their second test.

But did that protein make any real difference?

A striking difference
It turned out that the results were pronounced. Cyclists who had received the protein in addition to carbohydrate performed much better the following day than the carbohydrate-only cyclists. During the time trial – a proxy for endurance exercise – their times were nearly nine percent faster, which translated to a difference of nearly three minutes. During the sprints, their average power output was nearly four percent higher.

It was remarkable that protein could boost performance in both a longish endurance exercise and a hard, fast sprint. These two types of exercise impose very different physiological demands on the body.

From breaking down to building up
As you can imagine, the improvement brought about by the whey protein wasn’t a complete surprise to us. We designed this study bearing in mind previous research we’d done that gave a similar result. Therefore, this study was performed to check the effect with a more sport-specific test.

We believe that the impressive effect of the whey protein isolate comes down to its influence on muscle function. A strenuous session like the one we inflicted on our cyclists on the first day pushes muscles into a state of breakdown, or catabolism. Eventually, of course, that turns around and the muscles begin to build up again. The difference between the two groups most likely occurred because the protein sped up how quickly the muscles could switch from breaking down to building up.

This premise was backed up by the athlete’s nitrogen balance throughout the recovery. During the 18-hour recovery period after the demanding workout, the carbohydrate eaters’ muscles were in a state of breakdown. In contrast, we could see that those who’d also consumed the whey protein isolate had a more neutral nitrogen balance. This was most likely due to the amino acids from the whey protein spurring protein synthesis to improve the recovery of myofibrillar and mitochondrial function.

Real-life benefits for extreme athletes
The resulting performance boost should be of great interest to people taking part in multi-day endurance events such as the Tour de France, mountain-biking or multisport events. Participating athletes exert themselves enormously and must do it again the following day. We’ve shown that they’re likely to experience clear, next-day performance benefits if they consume whey protein soon after such exhaustive exercise.

Whey protein is therefore a way of optimising nutrition for post-exercise recovery. It offers high-quality protein that is easily available and may be the key to boosting the recovery of performance for extreme athletes.