From a protein nutritional perspective, animal-based food production might not be as bad for the environment, compared with crops cultivation, as we may be led to believe. 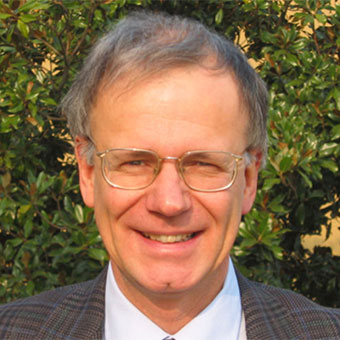 Professor Tessari is Full Professor of Applied Medical Technical Sciences, with particular expertise in protein metabolism, diabetes and molecular biology. In his lengthy career, Professor Tessari has made contributions to a wide variety of fields, including the regulation of energy substrates, protein and amino acid metabolism in humans, the anabolic effects of substrates and hormones in physiological conditions, and the study of alterations of protein metabolism in pathological conditions, such as type 1 and 2 diabetes, endocrinopathies, cirrhosis of the liver, kidney disease. He has also studied the kinetics of amino acids at the organ level and the effects of metabolic acidosis, including the kinetics of amino acids and compounds involved in vascular disease both in type 2 diabetes, as well as in aging, hypertension, and hypercholesterolemia.

In more recent years, he has worked intensively with proteomics and gene expression studies in cutaneous fibroblasts for patients with type 1 diabetes, and in relation to the presence of renal microvascular complications. He is the author of more than 140 publications in peer-reviewed international journals.

It is estimated that around one billion people presently face an inadequate protein intake, causing a variety of nutritional deficiencies that lead to impaired growth, poor health and other adverse effects. This is indeed bad, but worse is likely to come. Given the coming population explosion, 70-100% more food may be needed by 2053 than is currently being produced.

So what’s the best strategy for producing sufficient nutrition? One part of the puzzle is to determine whether animals (primarily in the form of meat, eggs, milk, yoghurt and the like) or crops present the best path for food production – or what the best mix of the two might be. Of course, that’s a task that is easier said than done, with many factors coming into play. One of those factors is the potential impact on the environment of leaning one way or the other. How can we best protect our planet while producing adequate nutrition for its inhabitants?

Digging deeper
Even when something seems intuitively obvious, it’s always worth digging a little deeper. So let’s think, for a moment, about the environmental footprint of animal food production compared with that of crop cultivation. In recent years, we’ve all been used to hearing that there’s a vast difference between the two in terms of their environmental impact – several-fold, in fact. Almost without exception, animal-based food production is portrayed as the villain. The logical next step, then, might be to move the world’s food production toward serving vegetarian diets.

But what if we were to examine this portrayal in greater depth? What if we were to analyze the size of the difference between the two sources of nutritional protein? And how might we plan for the future of food production if that difference were shown to be much less than commonly argued?

Quantity vs. quality
Food can be quantified in terms of its weight, caloric density (kilocalories over weight), nutritional value (the nutrient content in respect to the Recommended Daily Allowances, RDAs), or, more generally, from a “qualitative” standpoint. In comparisons of animal versus plant-based production of amino acids, the building blocks of proteins, the comparative nutritional value of different food sources is often overlooked.

That’s largely because previous estimates of nutrients’ environmental footprints have predominantly been based on either food raw weight or caloric content. Yet, what is really important to understand – and to use as an evaluation measure – is the quality of food from an essential amino acid (EAA) perspective. And that’s important because, while sources of proteins can be either animal or vegetal foods, broadly speaking, the nutritional value of vegetal proteins is lower than that of animal ones, because the former have a deficient and/or an unbalanced EAA content. Whey protein, animal meats and eggs, for example, contain high levels of all the EAAs, while only soybeans and quinoa come close as a crop source.

Of course, EAAs are not the only essential substrates for human nutrition. But their provision is usually more costly and less immediately feasible than that of other “essential” nutrients, such as water, vitamins, essential fatty acids, salts and minerals. And, while the latter can be produced and/or recovered from various sources in nature, the production of EAAs depends either on that of proteins, or on costly extraction and manufacturing processes.

Together with researchers Professor Giuliano Mosca and Associate Professor Anna Lante from the Department of Agronomy, Food, Natural Resources, Animals & Environment (DAFNAE), at the University of Padova, Italy, I decided to cast light on this crucial perspective.

In 2015, we conducted a study aimed to re-assess the environmental footprint, expressed both as the land surface required for production, and as GHGE, of selected foods of either animal or vegetable sources, in respect to their EAA content and daily requirements for humans.

Methodology
Following an extensive survey of scientific literature, we retrieved from published reports and databases, the land surface and GHGE (Green House Gas Emission) estimates for the production of a limited number of “sample”, popular foods, of both animal and vegetal origin. We also retrieved data about their edible fractions and amino acid composition. Next, these data were comprehensively analysed to provide estimates of the environmental footprint associated to the production of specific amounts of these sample foods. Finally, we looked at the ability of each food amount to provide the EAA amounts required by humans.

Of course, the Earth is a large and highly varied thing to analyse, so a long list of decisions was called for to create as reliable a picture as possible. For example, we chose to work with land use data typical of central Europe and applicable also to northern Italy. The same approach was employed for the selected vegetal foods, with the exception of quinoa, which is not yet extensively produced in Europe, and for which we used data mostly typical of southern America. And we made sure to calculate based on the edible fractions of foods (eggs have a far higher edible content than, for example, fish).

A different picture
The environmental impact associated with production of hundreds of foods and beverages has already been extensively investigated in respect to both energy density (expressed as the ratio of calories to weight), and nutritional density (i.e., the sum of percentage daily values of “n” nutrients, calculated per 100-kcal reference amount). From these studies, a different picture has emerged, markedly blunting or even abolishing the theoretical advantage, in terms of land use and greenhouse gas emissions, of crops production and vegetal food consumption.

Adding to the usefulness and clarity of this picture, our own analysis showed that the production of high-quality animal proteins, in amounts sufficient to match the Recommended Daily Allowances of all the EAAs, would require a land use and a GHGE approximately equal to that needed to produce vegetal proteins, with just one exception: soybeans, which exhibited the smallest environmental footprint of the foods we investigated.

Eye-opening results
Based on these results, do we recommend that animal-derived proteins should be preferred and/or recommended over that of vegetal ones? In fact, no. That’s because diet choices involve many cultural, environmental, economic, and even psychological implications and connections.

Nevertheless, this is a result that has, no doubt, been a bit of an eye-opener for many in the scientific community, as well as those working with food production and sustainability planning. And it is also an opportunity to stop for a moment and reconsider planned courses of action in relation to food production – particularly where the world’s rapidly growing population is concerned. For example, in light of this information, how quickly or slowly (or at all) should the much-talked-about shift from animal-based to plant-based food production take place? Or are there further alternatives, such as making more use of whey proteins, which have a more encouraging environmental footprint, the result of turning what has traditionally been a waste by-product of cheese-making into a highly useful food ingredient?

It’s time to gather all the facts we can around such issues. After all, we have a growing world to feed – and to take care of – for generations to come.

To read more about our methodology and findings, and to view the sources for statements in this blog post, the paper is available here.