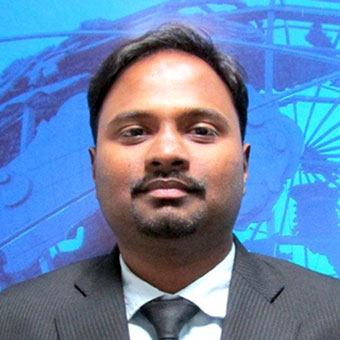 What does it take to win (or even just survive) in a highly competitive and closely regulated market like that of infant formula? That’s the focus of Frost & Sullivan’s 2018 research into best practices in the global infant nutrition industry, which uncovered three aspects, in particular, as crucial for success.

Early advantage
Infants grow and develop quickly from birth to 12 months of age. It’s a critical time to get the right, balanced nutrition and human milk is internationally recognized by health organizations as the best source – full of vitamins, minerals, iron and other elements essential to support the child. In fact, WHO and the UN Children’s Fund recommend breastfeeding up until the age of two.

For a wide variety of reasons, however, it’s not always possible for mothers to breastfeed their babies. Here, infant formula steps in as a nutritional source that, while it may only mimic the composition of human milk, is developed based on informed insights into the components of human milk and the nutritional requirements of infants. In fact, infant formula is one of the most complex and carefully regulated food types, combining carefully selected proteins, sugars and vitamins.

Quality in focus
While infant formula is produced in compliance with a common international codex and national regulation, formulations and ingredients do vary. Two high-profile food safety alerts in the category, both in the Chinese market, alongside growing consumer attention, have seen manufacturers moving quickly to assure quality – particularly with regard to safety. To achieve this latter aspect, whey-derived ingredients producers must focus on strict supply chain and production process controls, monitoring microbial activity and ensuring transparency and traceability of the final products.

There is another important aspect to product quality, however, that of the ability to even more closely mimic human milk. With infant nutrition products having reached the maturity stage, the ability to extract specific, innovative ingredients that enable formula to move closer to the nutritional profile of human milk is a powerful competitive success factor. And such efforts must be accompanied by clinical, production and quality assurance documentation.

Work in process
Where whey protein is concerned, advancements in extraction and filtration techniques will be increasingly in focus, trying to ensure as little loss as possible of whey’s valuable nutrients. Vital to this effort may be native whey protein – which, in fact, doesn’t involve cheese-making at all, but is manufactured directly from milk with far less processing. Frost & Sullivan expects native whey protein to unleash new demand and competitive focus for mainstream applications.

We’re also likely to see further investment being applied to cutting down the number of processing steps, primarily in filtration, and to developing equipment and processes that enable manufacturers to avoid high processing temperatures wherever possible. Doing so will not only make various extractions more affordable, but will also reduce the environmental footprint of whey processing, as less energy is required.

"New" ingredients
Soon, we expect to see whey protein supplements helping to address an even wider variety of consumer food preferences and health issues, fuelled by an unrelenting wave of manufacturer R&D efforts. With the major components in human milk, such as alpha-lactalbumin, already isolated and commercialised, manufacturers are turning their attention to components such as sialic acids, milk fat globule membrane (MFGM), and osteopontin (OPN).

OPN is a showcase example of innovation in the infant nutrition industry. Human milk contains a myriad of bioactive components that help to protect infants against pathogens. OPN, an acidic, phosphorylated glycoprotein with strong calcium-binding properties, is one of these. Only small quantities are present in bovine milk, causing speculation that infant formulas may be missing an important piece of the immune system stimulation puzzle. In fact, human milk has up to 20 times more osteopontin than conventional infant formula.

Adding OPN supplements such as Lacprodan® OPN-10, the first such supplement on the market, to infant formula may result in similar immune modulation for formula-fed infants, bringing the immune protection of formula closer to that of human milk. Producing a viable OPN ingredient isn’t easy, however – and overcoming these complexities lies behind the recent awarding of the Frost & Sullivan 2018 Best Practices accolade to a leading whey protein producer.

Innovation muscle
As Frost & Sullivan’s latest review of global infant nutrition product leadership describes, we expect whey protein producers to bring many innovations to the table in the years to come. In 2017 alone, for example, more than 13,000 products containing whey protein were launched and, as 2018 draws to a close, it will have delivered as many, if not more, market releases.

This is, however, an industry where sheer investment muscle is a key driver of the ability to innovate. And, to date, only the industry’s most prominent producers have been able to bring strong, evidence-backed health claims. Doing so requires such companies to employ a significant number of scientists, partner with academic research bodies and to go the full nine yards to properly document new claims.

Major protein supplement and ingredient producers are increasingly committing to making their products more functional, more pure and, last but not least, more affordable. It’s a commitment needed both to encourage the healthy development of infants and to ensure companies can differentiate in a highly competitive industry.