The ﬁrst study to compare the effects of different whey protein forms together with chronic resistance exercise strengthens our knowledge of hydrolyzed whey protein versus intact whey and the predominant whey fraction, lactoferrin. 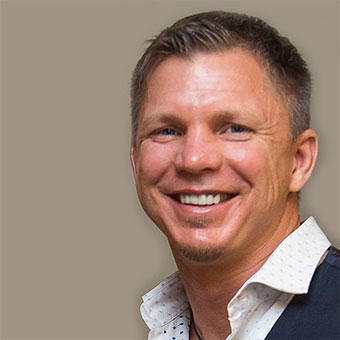 Chris lockwood is currently the President and Owner of Lockwood LLC, which provides consulting services to dietary supplement and fitness companies. A prolific author, product formulator, and guest speaker, he has raised over $3M in donations for protein and dietary supplement research, co-authored more than 30 publications in peer-reviewed scientific journals, and has formulated 100s of industry-leading products.

It’s widely accepted that supplementing the diet with protein signiﬁcantly increases muscle protein synthesis when consumed in combination with strenuous resistance exercise. A growing body of literature also suggests that whey protein supplementation is superior to other protein sources, such as soy or casein. To date, though, little research has been done to determine if the effects from whey can be improved upon by altering its form; or, if all commercial types of whey provide comparable effects on the body. That was the primary research question I sought to answer in the seminal work that I conducted and was recently awarded Best Original Research of 2017, by the American College of Nutrition. Here’s what you need to know from that study to find the whey that works for you.

Protein primer
Commercially, whey protein is categorized as either a whey protein concentrate (WPC), isolate (WPI), or hydrolysate (WPH, or hydrolyzed whey). WPC contains between 29% and 89% total protein by volume (g/100 g), depending upon its concentration, with the remaining nutrient composition coming from carbohydrate (predominantly lactose) and lipid. A WPI contains at least 90% protein by volume, and a WPH can be made from either a WPC or WPI, and is additionally characterized by how minimally or extensively the protein has been “pre-digested.” WPC70 and WPC80 (70% and 80% concentrations of protein, respectively) are the most common forms of whey protein used within protein supplements, but WPI has become increasingly popular because of its ultra-low carbohydrate concentration.

A number of human and animal studies support that, beyond total or specific amino acid concentrations alone, whey protein provides superior skeletal muscle support during recovery and fasted conditions compared to other forms of protein. Logically, that just makes sense – human breast milk protein is more than 90% whey at early lactation, and as much as 50-60% whey at late lactation. In other words, the human body is literally designed to utilize whey to support a robust immune system and rapid functional growth.

Some studies also indicate that, while holding leucine and total protein constant, certain types of WPH yield more robust effects on chemical markers of interest versus the protein’s intact WPC or WPI. One explanation may be that bioactive fractions typically buried within an intact WPC or WPI are made more readily available to interact with tissues when delivered in a WPH. Lactoferrin, a key protein fraction present in human and cow’s milk, is one such peptide that has been shown to support the immune system.

Another explanation for the differing effects some WPH forms of whey have been shown to outperform intact WPC or WPI forms may be that the quantity of protein fractions within a selective, and small size range within the WPH preferentially allow the body to become more metabolically efficient. Thereby, maximizing the rate at which key amino acids and small protein fractions (peptides) become available to tissues within the body, and at concentrations capable of both turning on metabolic pathways and supplying the critical amino acids necessary to support the process.

Which whey?
With many years in both academia and industry, I sought to answer a practical question – is one form of whey more effective than another? With that, we explored whether consuming a WPC, its extensive hydrolysate (WPH), or a high-lactoferrin-containing WPC (WPC-L), in combination with a resistance training program, would modify body composition and improve performance compared with a placebo. The results, as it turned out, weren’t quite what we had expected.

Study design
A double-blind, placebo-controlled, randomized study design was selected where 56 healthy, college-aged and resistance-trained males consumed either a placebo (PLA) or 30 g of whey protein as WPC, WPC-L, or WPH, twice daily over 8 weeks in combination with 4d/wk heavy resistance training. Subjects were randomly assigned into one of the four treatment groups, and each group combined split-body resistance training with either their PLA, WPC, WPC-L or extensively hydrolyzed (32% degree of hydrolysis) WPH. Effects on body composition, strength, and anaerobic endurance, and blood measures of clinical safety and metabolism were the primary outcomes measured.

Total muscle mass and strength increased in all groups.. Remarkably, however, WPH not only increased lean muscle mass, but this form of whey produced a signiﬁcant decrease in fat mass (−6%), compared with the PLA. The WPC and WPC-L were no different from PLA. Evidence also suggests that the WPH group realized less nitrogen loss than the WPC group, but otherwise there were no other differences between groups.

Discussion
Despite no signiﬁcant differences between the groups for changes in muscle mass, it is plausible that certain forms of WPH may improve metabolic efﬁciency. For example, another study performed by Dr Mike Roberts and I observed significant increases in fat and carbohydrate metabolism, and decreased markers of muscle breakdown in response to consuming a moderate-to-low hydrolyzed WPH versus its intact WPC.

Limitations
The greatest limitation to this, and many such studies was that the population consisted almost entirely of subjects still in biological adolescence. Therefore, physiologically at the peak of their survival response and cellular plasticity, but utterly lacking between- or within-week consistency. Despite such limitations, evidence does seem to support that moderately-to-extensively hydrolyzed WPHs, or particular molecular weight profiles, may be more beneficial at promoting fat loss while supporting lean muscle mass gains.

Link to:
(PDF) Effects of Hydrolyzed Whey versus Other Whey Protein Supplements on the Physiological Response to 8 Weeks of Resistance Exercise in College-Aged Males.